Long Record of Service at the Union Mills Homestead

George M. Shriver, III was involved with the Union Mills Homestead, in one way or another, for his entire life. Having deep ties to the family at Union Mills, Shriver was a charter member of the Union Mills Homestead Foundation when it was founded in 1964. The Klein brothers, the last generation of the family to own the property, were cousins of George M. Shriver, III and from the beginning he was a strong supporter of the organization the Kleins established. 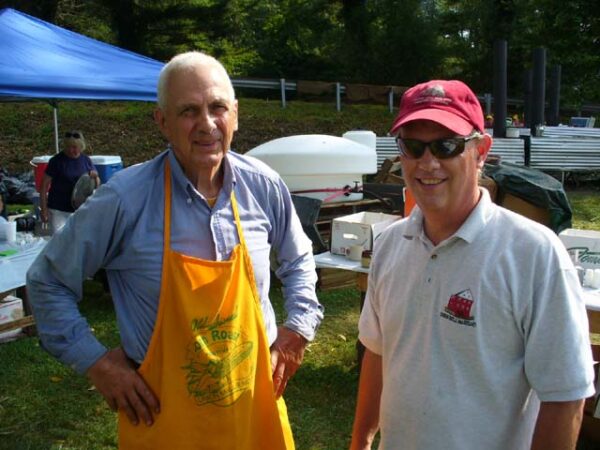 Shriver joined the organization’s Board of Governors in the 1970s and served as President of the Board from 1980 to 1983. For many years he served as Chair of the organization’s Curator’s Committee. Notably, he served as a committee member for the organization’s Museum Assessment Project in 2017 and committee member and key supporter for the 2013 publication of the book, Pastime: Life & Love on the Homefront During the Civil War, 1861-1865. An avid gardener, Shriver worked to reestablish the orchard at Union Mills where soldiers from both North and South slept the night before the Battle of Gettysburg.

Shriver was a regular volunteer at Union Mills Homestead events. He could be found each and every year helping out at the Flower & Plant Market, carrying platters of corn at the Corn Roast, or directing traffic at events like the Microbrewery Festival. His efforts will be missed, but an even greater loss will be his sense of humor, genial manner, sterling integrity, discreet judgment, and friendship to all he met.