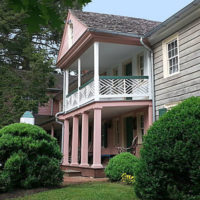 In the Shriver Homestead you will take a trip back in time with trained docents. This gracious family homestead, with original family furnishings, appears as if the family is gone for the day. Visitors tour through 12 of the 23 rooms of the rambling home. This unique house museum is one to be seen by both adults and children, providing a glimpse into 160 years’ of Maryland rural living. 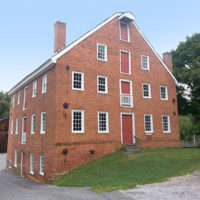 The Shriver Grist Mill at Union Mills is a working grist mill museum which produces stone ground whole wheat flour, corn meal, and other grain products. The only remaining working mill along Big Pipe Creek, a visitor can see first-hand how grist mills were an important part of early industrial growth in our area. Included in a typical tour are:  a history of the mill and the site’s industrial complex, explanation of equipment in the mill, and demonstration of flour production on days the mill is scheduled for grinding. 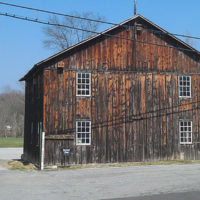 This building was originally the Bark Shed, which stored bark used in the processing operation of the Tannery. It has been restored as a blacksmith’s and woodworking shop. The brick blacksmith’s forge was constructed around 1983. Watch the blacksmiths and woodworkers perform living history demonstrations and browse their wares for sale.

The Miller’s House at Union Mills was used to house a hired miller. Constructed of log, in the late 1870s, an addition was added and was the home for B.F. Shriver and his family until 1884. The house has now been restored and outfitted as a visitor’s orientation center and gift shop. The orientation exhibit illustrates the social, agricultural and industrial aspects of Union Mills. 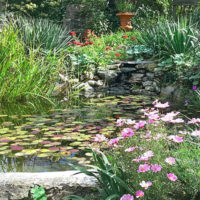 The home’s last occupant was the artistic Bessy Shriver Kemp, who designed and planted the property’s beautiful Gardens in the late nineteenth and early twentieth centuries. Her hand-sculpted creations include a water garden, a terrace with stone bench, pathways, and a birdbath. Bessy passed away in 1957. The Gardens are lovingly maintained in keeping with Bessy’s original design. 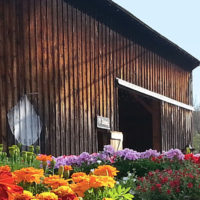 The Tannery (where leather was made) was part of the early industrial complex at Union Mills, dating to 1797. This barn-like building was the drying shed for the A.K. Shriver & Sons Tannery. Following a fire in 1990, it was rebuilt using traditional timber framing techniques. The rustic elegance of the Tannery, combined with the beautiful gardens, make Union Mills a popular destination and photo setting for weddings and group gatherings. 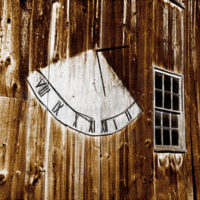 This old sundial marked the time of day for American travelers by stagecoach, wagon, carriage and automobile for over a century. It has often been described in newspapers and magazines as one of America’s unique historical “clocks.” It was placed on the southern wall of the Tannery building in the mid-1800s by Andrew K. Shriver. He placed a wooden pole in the wall, and marked off the location of its shadow each hour with home-made Roman numerals, from VIII to II.

Pocket watches were a luxury in those days, and the old sundial along the road became a wayside “clock” for farmers bringing grain to the mill, for children walking to school, for families going to church, and for many travelers along the country road. The original sundial was lost in a fire which destroyed the Tannery in 1990, but the new building on the Tannery site is complete with a new sundial.

Father's Day is June 20th! Our gift shop has great gifts for Dad.