“Union Mills” was the name given to a joint enterprise founded by brothers, Andrew Shriver and David Shriver, Jr., in 1797. The business centered on a set of mills — a grist mill and saw mill — thus inspiring the name.

A Brief Video Documentary About the Union Mills Homestead

Video by Connor Levesque, in cooperation with the Smithsonian Institute, Union Mills Homestead, Carroll County Farm Museum, and Carroll County Career & Technology Center. Thank you to all of the faculty involved from these phenomenal organizations.

The property purchased by the brothers for the enterprise was located seven miles north of Westminster, Maryland, along Big Pipe Creek. The creek furnished a strong flow of water for a mill in the wide valley, and gentle slopes on either side provided land for grazing, farming, and settlement. Abundant groves of oak provided bark for the tanning of leather and wood for lumber. 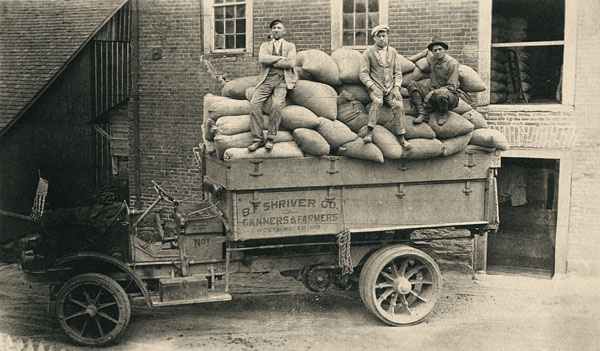 In addition to the grist mill and saw mill, the business included a variety of supporting trades including a tannery, cooperage, wheelwright and blacksmith shop. After his brother relinquished his share of Union Mills, Andrew Shriver continued the business and grew the family’s enterprises. Located at a promising early crossroads, the family operated a dry goods store, a tavern and inn, as well as engaging in farming typical for the era. Andrew Shriver also was appointed the local postmaster. Later, Shriver’s grandson, B.F. Shriver, founded a cannery at the site.

A variety of other industries formed in the surrounding area. By 1877, the area around Union Mills included three grist mills, five saw mills, a woolen factory, a cannery, and a tannery. 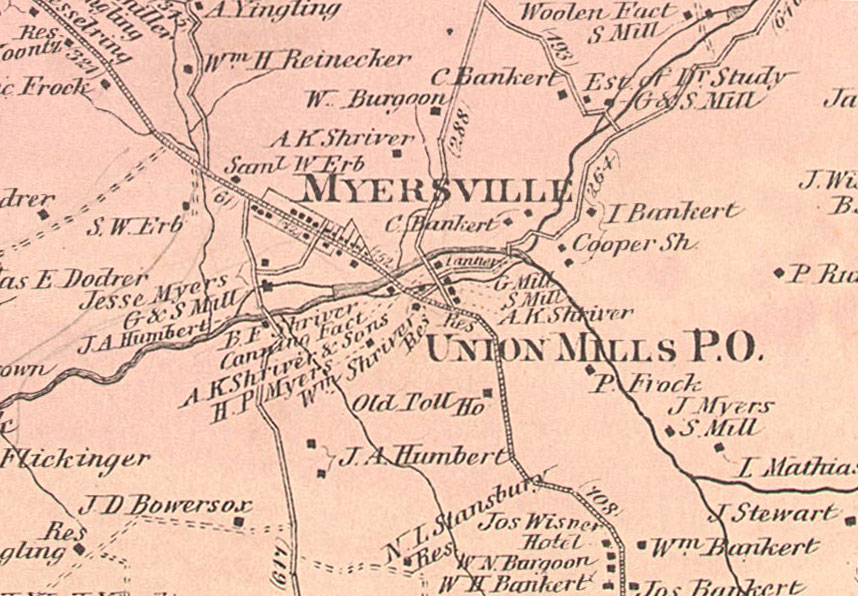 The community that grew along the road adjacent to the property was called Myersville. By the turn of the twentieth century, Myersville also took on the name, Union Mills, by which it is known today. A turnpike located through Union Mills in the early 1800s connected the Shriver Grist Mill to the port of Baltimore, where flour from the mill could be sold for export abroad. This turnpike was an important early road linking Baltimore to Pittsburgh and points westward. The same road (now Maryland Route 97) is traveled by visitors headed to Gettysburg, Pennsylvania and moves thousands who drive through Union Mills each day.