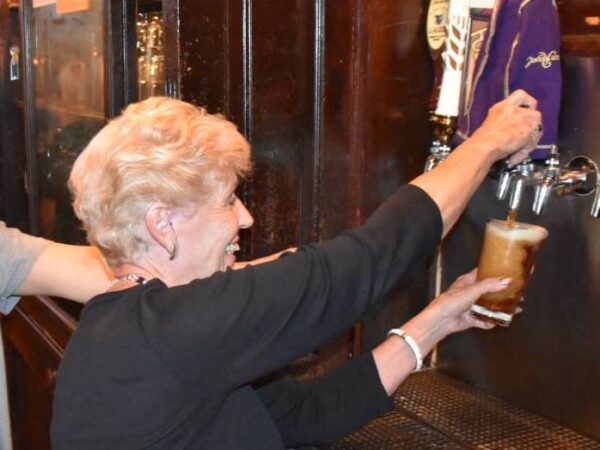 Jane Sewell making a pour of a specially-brewed collaboration beer at a September 26, 2017 Keg Tapping Event at Johansson’s in Westminster. The event, part of Carroll Beer Week, was held in the lead-up to the Maryland Microbrewery Festival. The beer’s ingredients included grains ground at Union Mills.

A retired educator, Jane took over as Executive Director after the retirement of her predecessor, Esther Shriver. Jane successfully managed the organization through a period involving many notable successes.

The successes started even before she became Executive Director. Jane volunteered as co-chair of the Union Mills Homestead’s Bicentennial Gala in 1997. The event was a resounding success, a delightful evening of fellowship and dining to mark the 200th year since Union Mills’ founding in 1797. According to Jane Sharpe, a long-time Board Member, “Jane demonstrated then her great love and interest for the site, a tireless dedication that has never wavered. Since 1997, she has shown a willingness to do what whatever was necessary to make Union Mills successful – a real Jane of all trades.”

Among the many achievements during her tenure: Including living history interpretation at the Union Mills Homestead. Living historians are now a significant part of site interpretation and a Civil War Encampment was made a regular event.

Jane’s preservation advocacy most recently resulted in grant funding from the State of Maryland for restoration of the roofs on the historic structures on the property. That work is now underway, involving installation of new cedar shingle roofing. 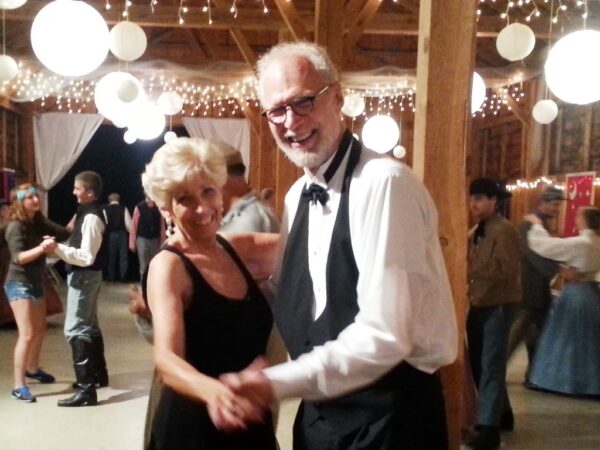 Jane Sewell dancing with Life Member Doug Klein at a Barn Dance held in conjunction with the Civil War Encampment in July, 2014.

Jane’s dedication to the site overcame all challenges, whether heat waves, floods, or pandemic. She made herself available at all hours of the day (and night), often seven days a week.

Tributes for Work on Community Partnerships 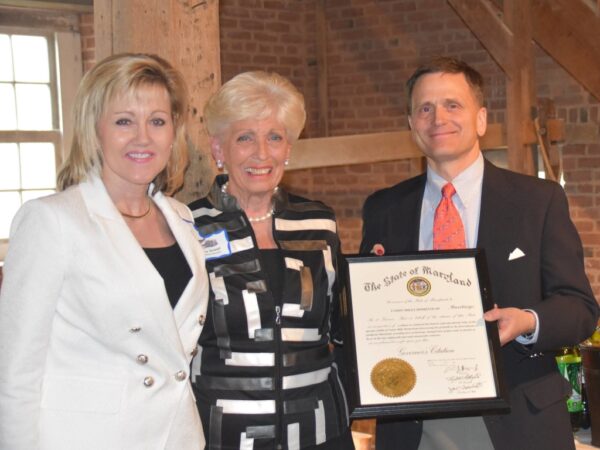 Hon. Wendi W. Peters, Maryland Secretary of Planning, presenting Jane Sewell and Board President Sam Riley with a Governor’s Citation at the Union Mills Homestead, commending the historic and educational value of the Homestead’s exhibit, “The Grist Mill: Early Industry in Carroll County,” at a preview event in the Grist Mill on May 11, 2017. The exhibit was prepared in partnership with the Carroll County Farm Museum and Maryland Humanities.

After Jane’s retirement was announced, the tributes poured in. Lynn Wheeler, former Executive Director of the Carroll County Public Library wrote: “Jane is the epitome of grace and style. It was a great honor and privilege to work with her. She leaves very big shoes to fill as she heads into a second well-deserved retirement.”

Wheeler noted Jane’s commitment to partnerships, including collaborative efforts with the Library such as author events and a grant-funded augmented reality exhibit highlighting the mill and tannery. Another notable partnership, with the Carroll County Farm Museum and Maryland Humanities, brought the Smithsonian’s Museum on Main Street Traveling Exhibit, The Way We Worked, to Carroll County.

The Union Mills Homestead Foundation, Inc. extends its best wishes to Jane Sewell for a well-deserved retirement. As Jane likes to say, “It’s all good!” Thanks Jane for a job well done! 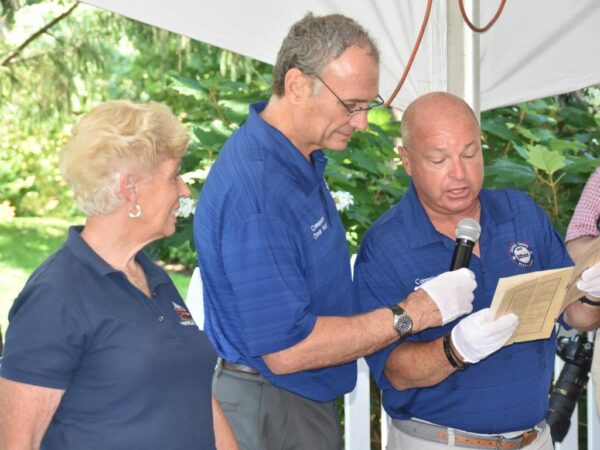 Jane Sewell and Carroll County Commissioners Dennis Frazier and Stephen Wantz looking over a historic document that had been sealed in a time capsule at the laying of the cornerstone at the Charles Carroll School on May 9, 1929. The contents of the cornerstone were unveiled at an event at the Union Mills Homestead on June 28, 2018.