Just who is Belsnickel? To some the answer may come readily, but for others it is an unknown word.

The Belsnickel and related Kris Kindle customs trace to the Palatinate area of Germany. During the early 1700s, these customs were brought to North America by early German immigrants. For many Pennsylvania German families, Kris Kindle or Christkindle was the St. Nick of the Santa Claus tradition, who slips down chimneys to bring toys to children on Christmas. German holiday traditions are part of our history at the Union Mills Homestead, where a Christkindlmarkt is held each year to ring in the holiday season. 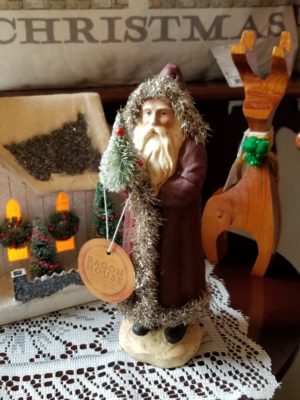 A Belsnickel figurine in the Union Mills Homestead Gift Shop.

Prior to Christmas, a fearsome character would make his rounds as a scout of sorts for Kris Kindle. This person was called Belsnickel, also known by other spellings such as Bells-nickel or Beslsh-nichel. Belsnickel knew whether children were naughty or nice. Belsnickel would appear with a bell or whip, presenting treats to those who were good and the rod for those who were not. Over time, the tradition became more frightening in some areas. Older children would go from house to house in a costume involving ragged attire and shaggy hair, with the intent to terrorize younger children. 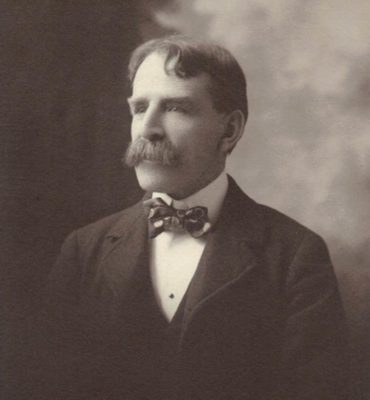 The Shrivers who founded Union Mills were grandchildren of German immigrants and maintained many of these traditions. Lou Shriver, who was born in 1851, described how Belsnickels would rattle switches against the family’s windows on Christmas Eve, which caused “a terror of the worst kind to us children.” The children “ran to cover in the arms of our parents and generally remained there until the danger was over, unless, perchance, we could muster up enough courage to grab some of the cheap candy, that the Belsnickels would throw on the floor, at the risk of getting our knuckles cracked.” (Louis E. Shriver, Random Shots at Old Times.)

The area’s traditional holiday customs are maintained today at the Union Mills Homestead’s Christkindlmarkt, a German-style Christmas market. The event, to be held on Saturday, November 16, 2019, features a variety of specialty craft vendors in and around the Tannery and Grist Mill at the site. Portions of the historic Shriver Homestead will also be decorated in traditional holiday décor, and available for visitors to tour, at no cost – although donations are always accepted!

A hammered dulcimer will be playing in the house, and in the Tannery the Westminster Sr. Singers will be performing at noon and the Old Line Statesmen at 2 p.m. The Gift Shop is packed with great gift ideas and merchandise, including a limited supply of Belsnickels!

Poinsettias, greens and some other plants include Christmas cactus and herb gardens will be available to purchase. A children’s activity will be available as well. Kountry Kafe will have a lunch menu for sale in the Tannery.